5 Key Lessons on IT Asset Management from the SEC's Order, charging Morgan Stanley $35 million, on 20 September 2022 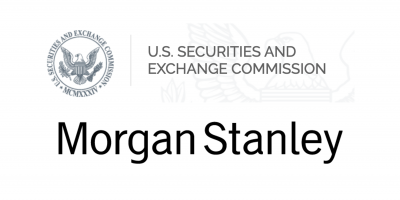 The failures were “astonishing” and the firm “fell woefully short” in protecting the personal information of its customers, said Gurbir Grewal, director of the SEC’s enforcement division.

“Today’s action sends a clear message to financial institutions that they must take seriously their obligation to safeguard such data,” Grewal said.

The case concerned the management and retirement of IT assets, and while the rules here may be those of the SEC, the same behaviour would lead to similar sanctions under the Financial Conduct Authority (FCA) rules in the UK, as well as under privacy and data protection laws such as the UK General Data Protection Regulation (GDPR) and EU GDPR.

What financial institutions can learn from MSSB

The October senior team and board meetings at MSSB are unlikely to have been happy events, particularly for the risk committee. Thankfully there are easy fixes firms can implement, and the SEC Order provides numerous lessons for financial institutions in four main areas:

First, a review of the risk that eventuated for MSSB, due to its own actions and inaction.

All staff use IT equipment — or assets — to get their job done: typically mobiles, tablets and laptops. Organisations may still have their own on-premise servers and databases. Financial institutions in particular have large estates of desktop devices, for example, for trading rooms.

These devices are regularly retired and financial institutions, more than most, have an interest in maintaining state-of-the-art IT estates, shortening the lifespan of their IT kit.

This SEC Order relates to pre-COVID-19 times but remains just as salient today. Flexible working conditions mean financial institutions have reduced the need for extensive office space and equipment and are likely to be looking at retiring a larger number of these devices than in previous cycles.

Separate but fundamental to the vendor-related failures examined below, the SEC Order states that MSSB failed properly to manage its IT assets in accordance with its own policies and procedures. For example, in 2019, MSSB had decommissioned approximately 500 devices from local offices and branches, “as part of a broader hardware refresh program“.

When MSSB tried to reconcile its records to confirm destruction of these decommissioned devices, it was unable to locate 42 of them (or slightly more than 8% of the devices). The missing devices potentially contained “unencrypted customer PII and consumer report information“.

(PII is personally identifiable information, the term commonly used in U.S. federal and state privacy laws. UK and EU laws use the term “personal data”. For this article, it can be assumed they are the same.)

As well as being necessary to enable compliance with SEC rules, maintaining an asset register is an important part of security good practice. For those looking for certification to the relevant security standard ISO 27001, the accompanying code of practice, ISO 27002, sets out guidance on how to meet 27001’s requirements. In control 8.1.1, the 2017 version of 27002 states: “The process of compiling an inventory of assets is an important prerequisite of risk management.”

In control 8.1.2, it refers to asset owners who have management responsibility for the asset and that asset’s lifecycle, stating: “The asset owner should … ensure proper handling when the asset is deleted or destroyed.”

LESSON 1: create and maintain an asset register with identified asset owners, making sure it is managed according to the firm’s policies and procedures.

The facts, according to the SEC Order, are pretty damning. In 2014, MSSB contracted with a moving and storage company (“Moving Company”) to remove thousands of electronic devices from the data centres and to “remove, destroy, or delete” any data contained on such devices.

It is important to note that Moving Company “had no experience with, or expertise in, providing such data destruction services”. It really was a moving and storage company.

The contract stated that Moving Company “would work with an e-waste management company (“IT Corp A”) to wipe or destroy any data present on the decommissioned devices“, but the SEC Order confirms that:

LESSON 2: perform appropriate due diligence on vendors, make sure the contract reflects the reality, and do appropriate checks and audits along the way.

MSSB’s failure to manage its vendors

Quite soon after the contract was signed, things started to go wrong, but MSSB appears to have had no idea, because:

Under the contract, IT Corp A would wipe devices and resell them, with 60% to 70% of the resale amount going to MSSB, which would “receive an asset report and a disposition report (in essence, inventories of the devices collected and whether they were returned to MSSB, resold or destroyed), as well as certificates of destruction (CODs) documenting the destruction of relevant devices“.

As well as these reports and certificates, IT Corp A maintained a database with inventories of devices it had wiped and sold or destroyed, and MSSB had direct access to that database.

As the SEC Order notes, with all these mechanisms, MSSB “could have monitored the entire process independently, if it chose to do so“.

It is of particular concern if a firm has the ability to monitor and fails to do so. As a sign of this lack of oversight, the SEC even noted that “it does not appear that MSSB ever requested or received the remainder of the resale amount from Moving Company, as contemplated in the contract“.

Another clear indication of this lack of vendor management came early in the life of the contract, when Moving Company swapped out its specialist sub-contractor, IT Corp A, with another company, IT Corp B, without notifying MSSB.

Even though MSSB had not been notified of the change by Moving Company, the SEC stated that MSSB should have realised the specialist sub-contractor had changed, because:

MSSB was relying on, and paying, Moving Company to wipe and destroy devices, but this was no longer happening. IT Corp B was able to do this, but Moving Company “never asked IT Corp B to perform those services and IT Corp B understood that the devices had already been wiped“.

The COIs were on IT Corp B’s letterhead and the SEC Order notes: “MSSB, however, did not review the COIs. If MSSB had reviewed the COIs, it would have been clear that Moving Company was using a sub-vendor that had not been vetted by MSSB and that the hard drives were not being wiped of data, including potential customer PII and consumer report information“.

LESSON 3: managing vendors and complying with policies and procedures is a continual process during which a firm needs to be alive to “risk flags” and act accordingly.

In 2017, a year after the contract ended, an IT consultant notified MSSB that they had purchased hard drives with MSSB customer data and chastised MSSB for not having processes on retiring hardware.

Various activity followed and it was in 2020 that MSSB notified roughly 15 million customers that “certain devices believed to have been wiped of all information still contained some unencrypted data“, including, potentially, their PII.

Such a slow reaction would not go down well with GDPR regulators.

LESSON 4: a firm must react quickly when it becomes aware of a breach, considering its obligations to customers, regulators (financial, data protection and other), insurers and other stakeholders.

Poor use of available solutions

The 42 missing “local devices” mentioned at the start of this article were, it transpired, equipped with encryption capability, but MSSB had failed to use it until 2018. Moreover, because the encryption software only encrypted newly-created data, some data from before 2018 remained unencrypted.

LESSON 5: financial institutions must ensure they are making full use of solutions available to them, often included within their technology purchases for no further charge.

Robert Baugh is the founder and CEO of Keepabl, Privacy Management SaaS based in London. Prior to Keepabl, Robert was general counsel of technology growth companies for more than a decade. 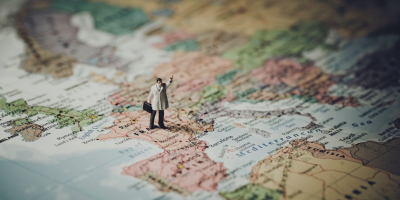 7 Key Brexit Impacts With the UK-EU Trade and Cooperation Agreement struck on 24 December 2020 (‘TCA‘), in this Guide we’ve updated what Brexit means to your Privacy Program. Download… 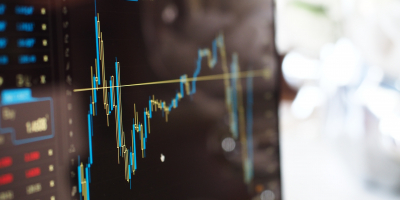 How Compliant is Finance with GDPR?